The Lost Gardens of Heligan

Published within the category of Explore

Heligan is so much more than a garden restored - its own special atmosphere encourages contemplation and inspiration, satisfying the broadest range of horticultural and wildlife interests.

At the end of the nineteenth century the thousand acres of the Heligan estate were at their prime, but only a few years later they began to be lost. As the gardeners were called away to fight in the First World War the brambles and ivy began to creep their way across the land and soon the gardens were forgotten. A chance discovery in 1990 led to a huge restoration project and they are now some of the most famous and most beautiful gardens in the world.

Unveiled from under decades of overgrowth, the Lost Gardens were hailed by The Times as “the garden restoration of the century.” Discover romantic Victorian productive gardens and pleasure grounds along winding paths laid out over two centuries ago. Step back in time and journey across the world beneath the historic rhododendron boughs of Sikkim, beside Maori-carved tree ferns in New Zealand, to explore our Italian Garden and Alpine inspired Ravine.

Get lost in the exotic Cornish jungle whilst adventuring along raised boardwalks past giant rhubarb, banana plantations and through tunnels of towering bamboo. This exuberant garden hosts a riot of luxuriant foliage, outstanding trees and inspiring views, drawing the imagination on a journey far from our temperate shores. 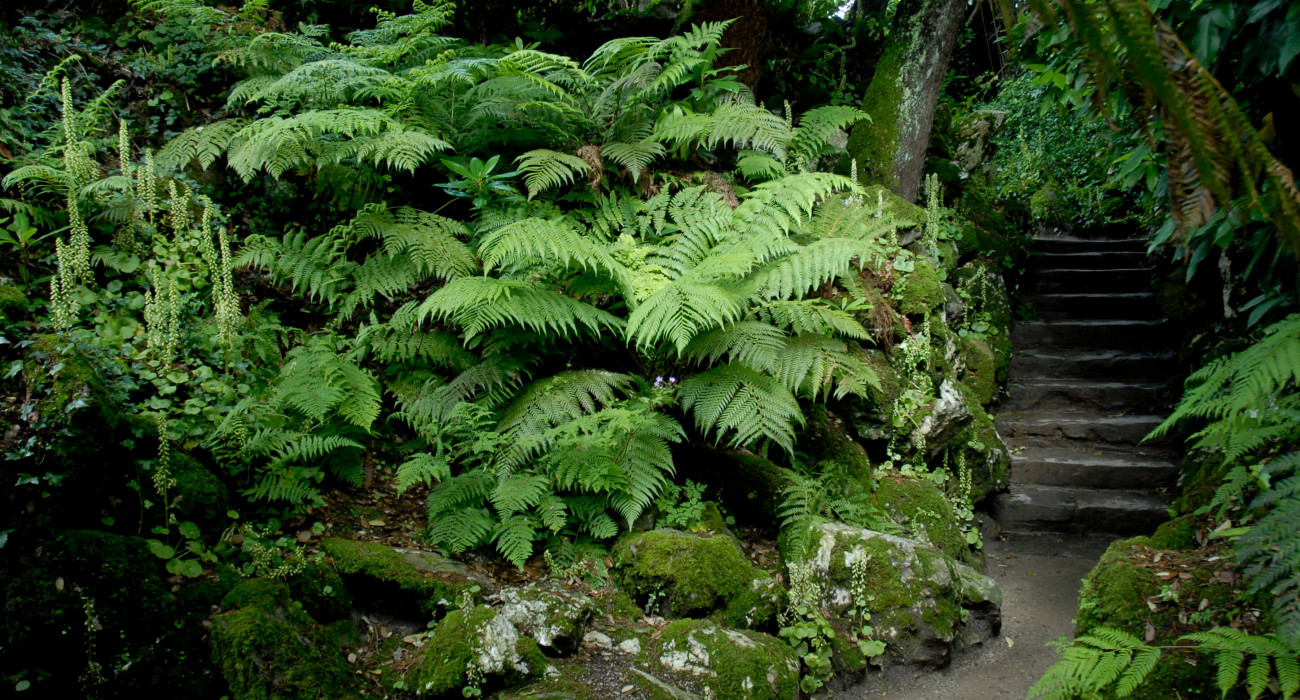 Flexible cancellation options | Best rate guaranteed | A drink on us